An open coastal meadow serves as a convenient rest and feeding stop for waders during their migration. Some of them even stay on Ruissalo’s meadows to nest. Examples include the northern lapwing, which engages in impressive courtship display flights over coastal meadows in the spring, and the common redshank, whose loud vocalisations can be heard far and wide. As for smaller passerines, the meadow pipit still nests in the island’s coastal meadows, but the formerly common western yellow wagtail has become an exceedingly rare sight among Ruissalo’s nesting birds.

Shallow bays are favoured by waterfowl, and the reed beds bordering them attract reedbed birds. In Krottilanlahti, for example, you can see and hear tufted ducks, great crested grebes and mallards as well as the occasional common pochard or smew. If you’re lucky, you might even spot a white-tailed eagle flying overhead, scanning for prey. In the reed beds, you can find sedge warblers, Eurasian reed warblers and common reed buntings. Later in the spring, those with keen ears may also pick out the whistling of the scarlet rosefinch from the shore. 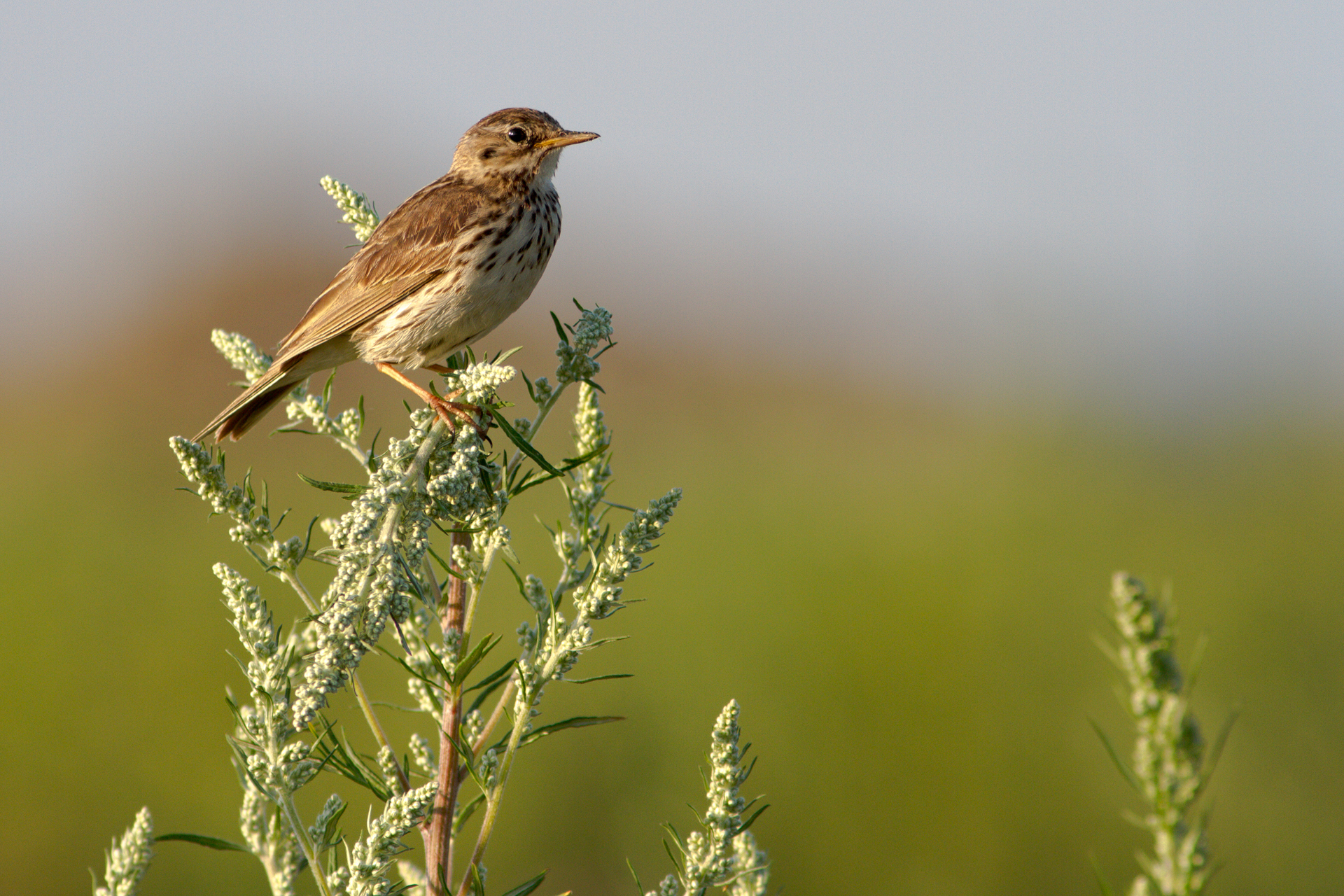 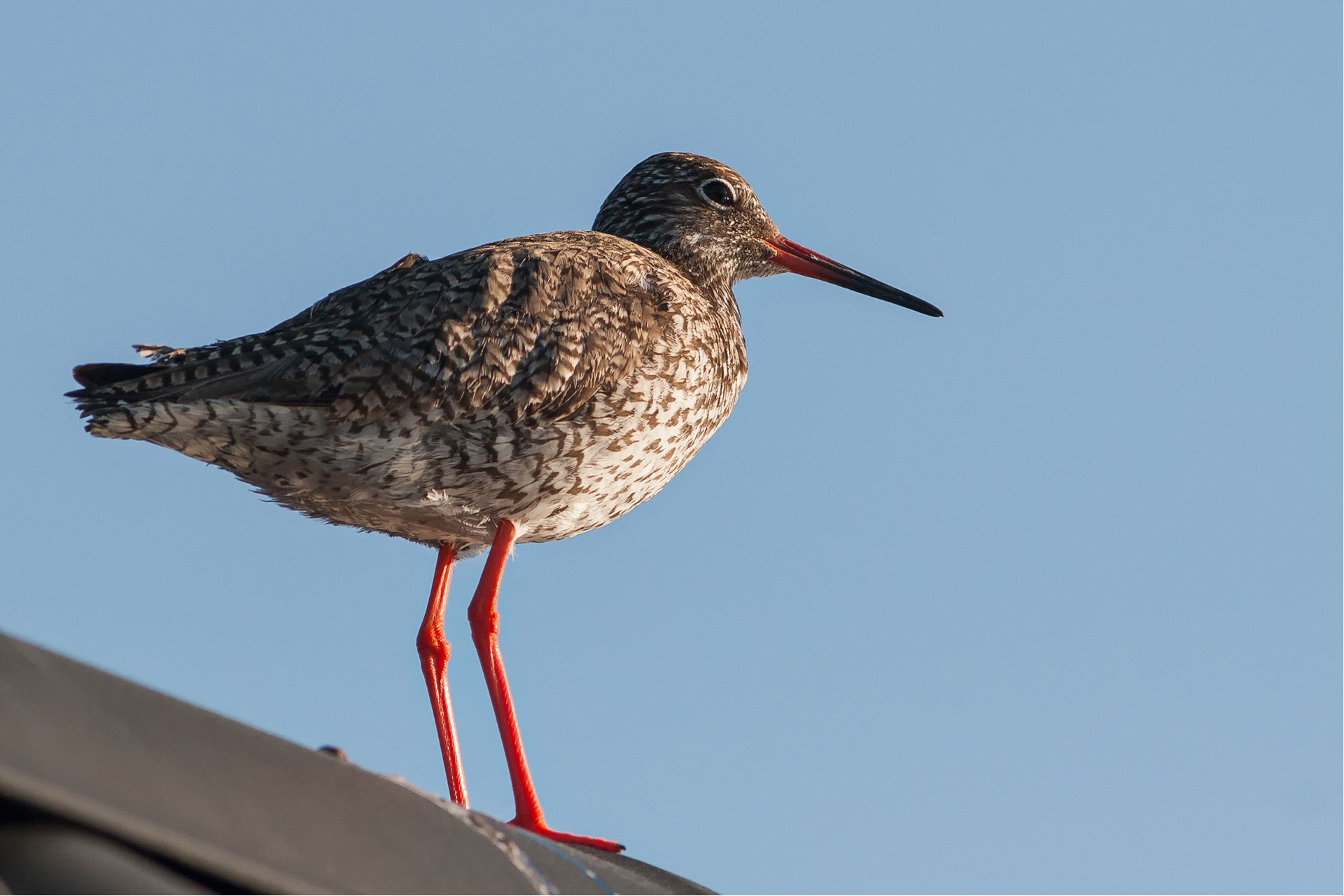 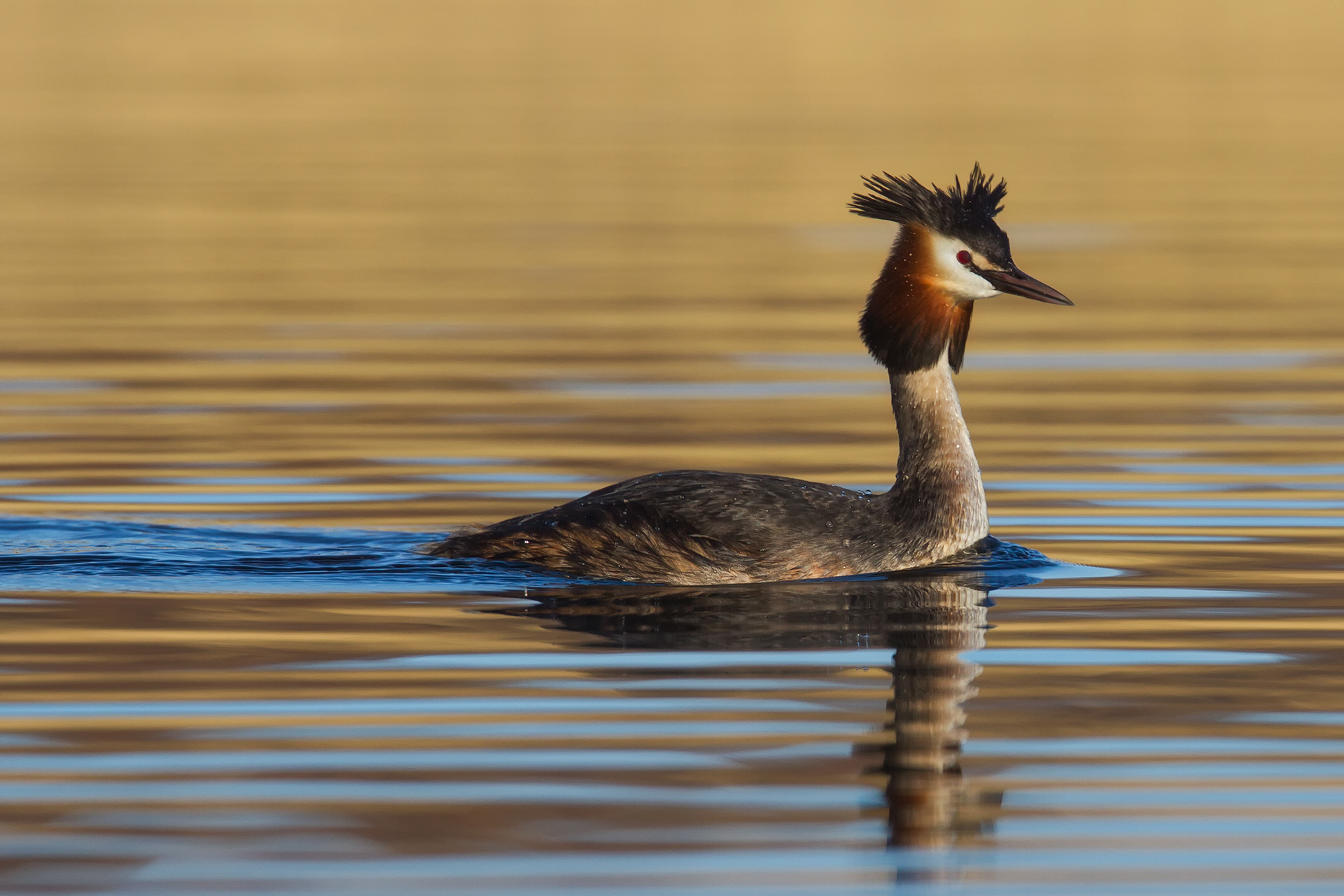 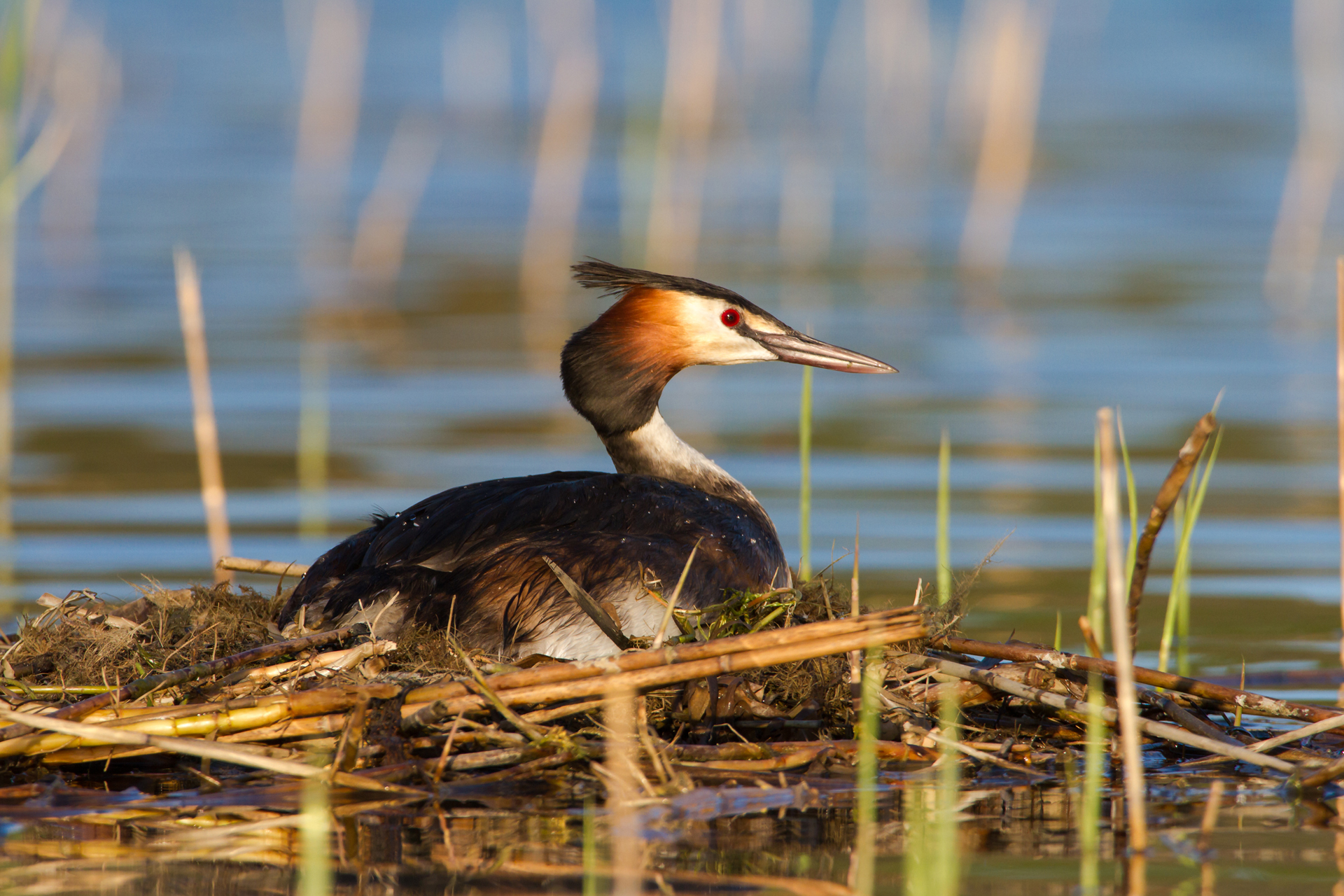 A great crested grebe at its nest / Photo: V-M. Suhonen 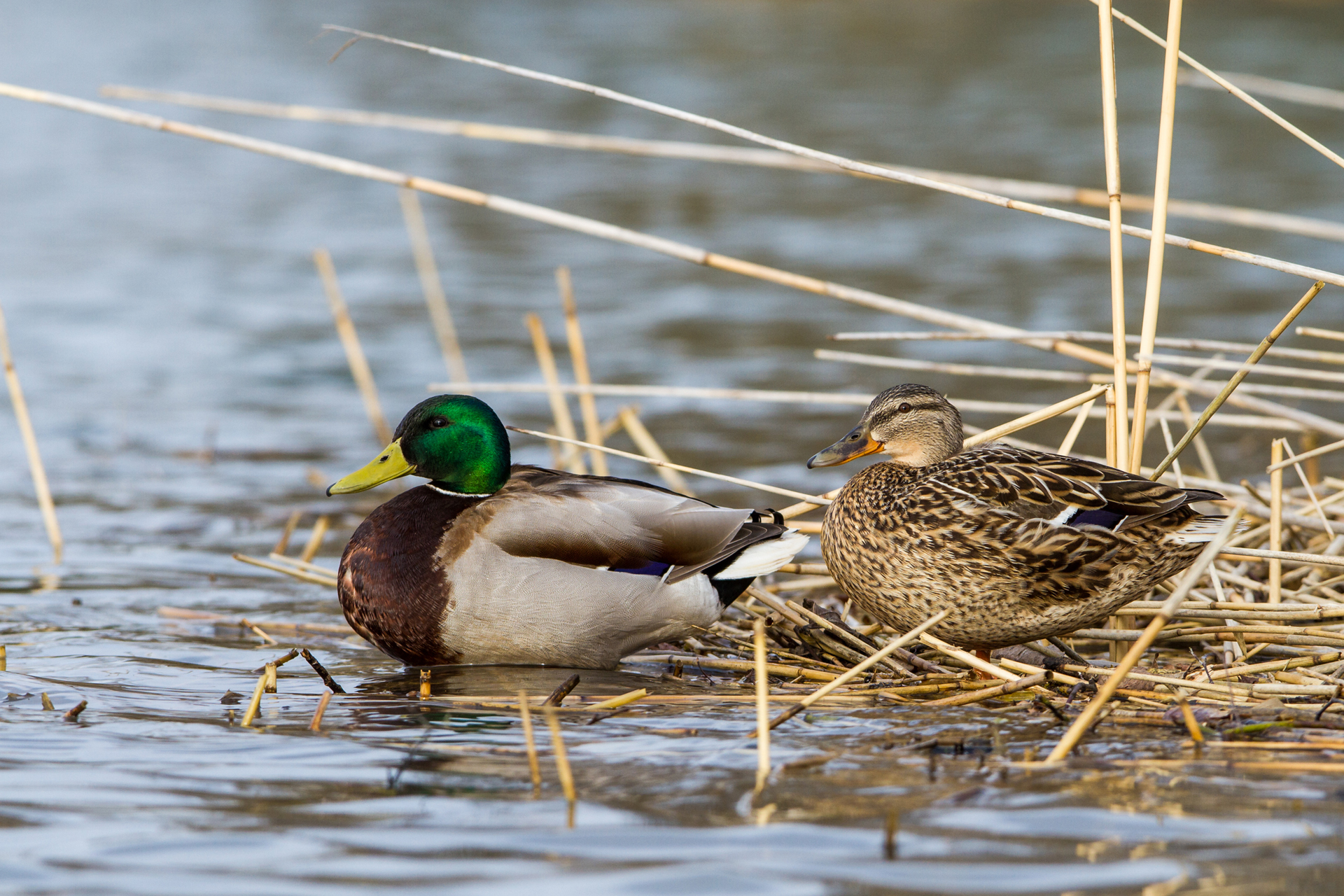 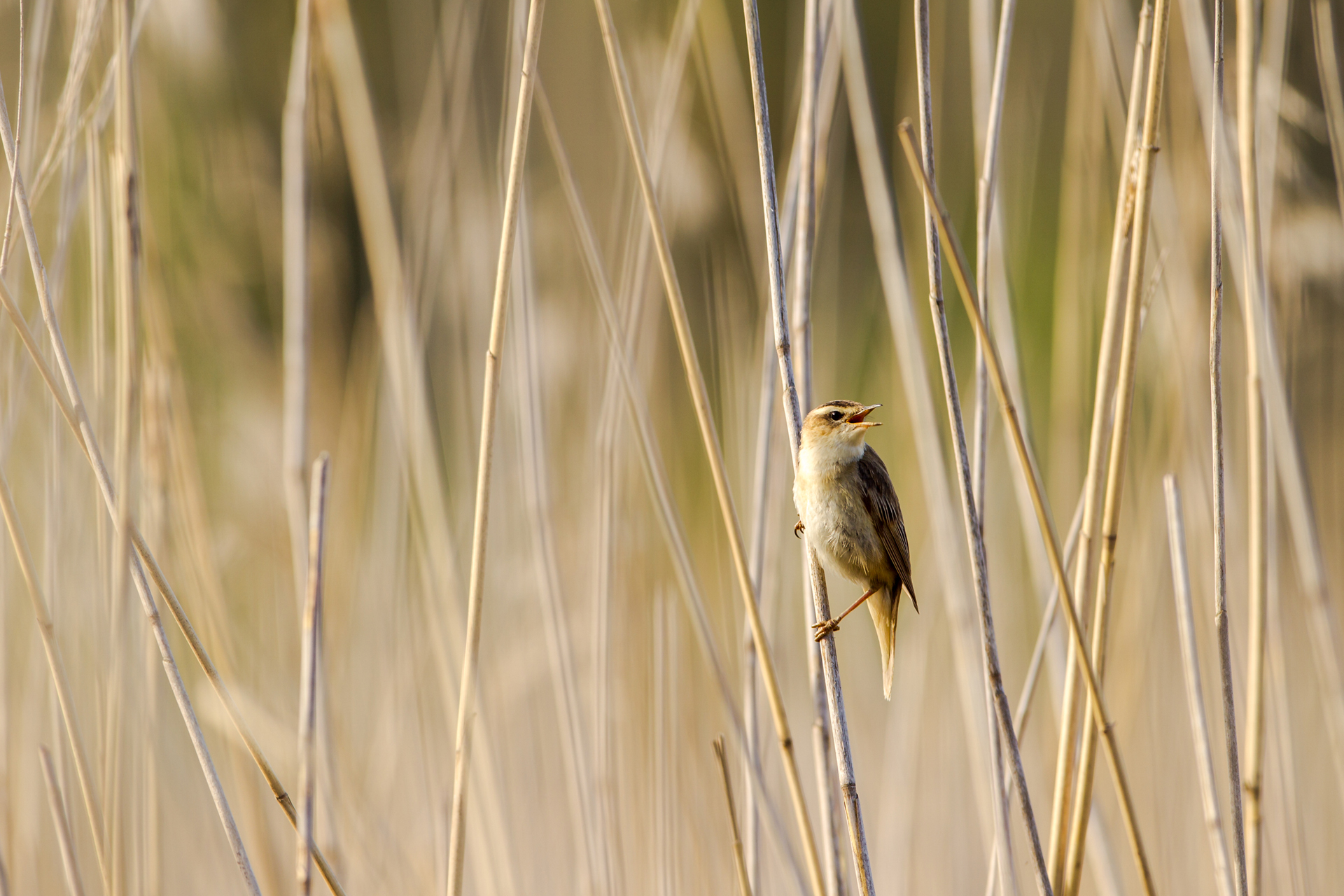 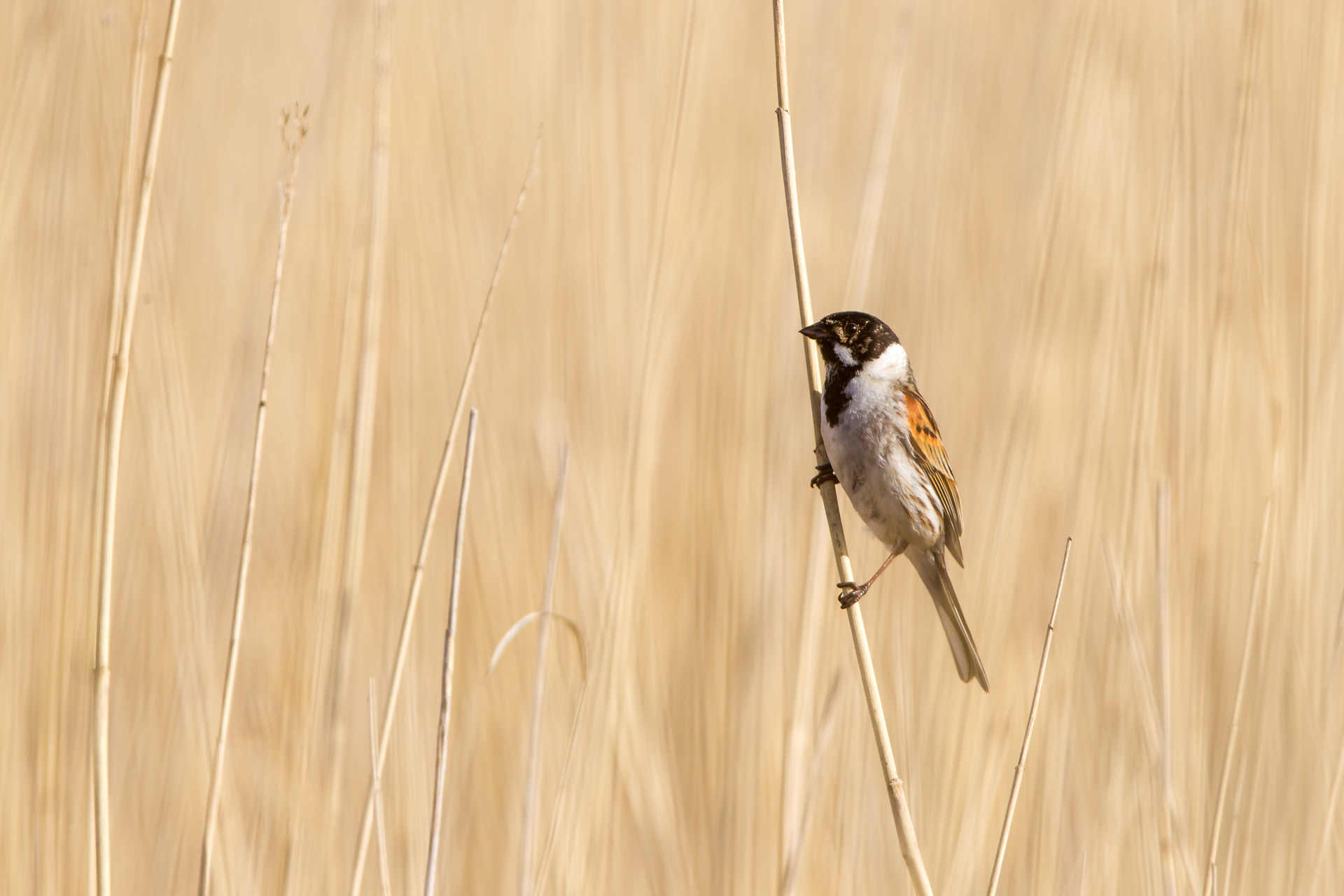 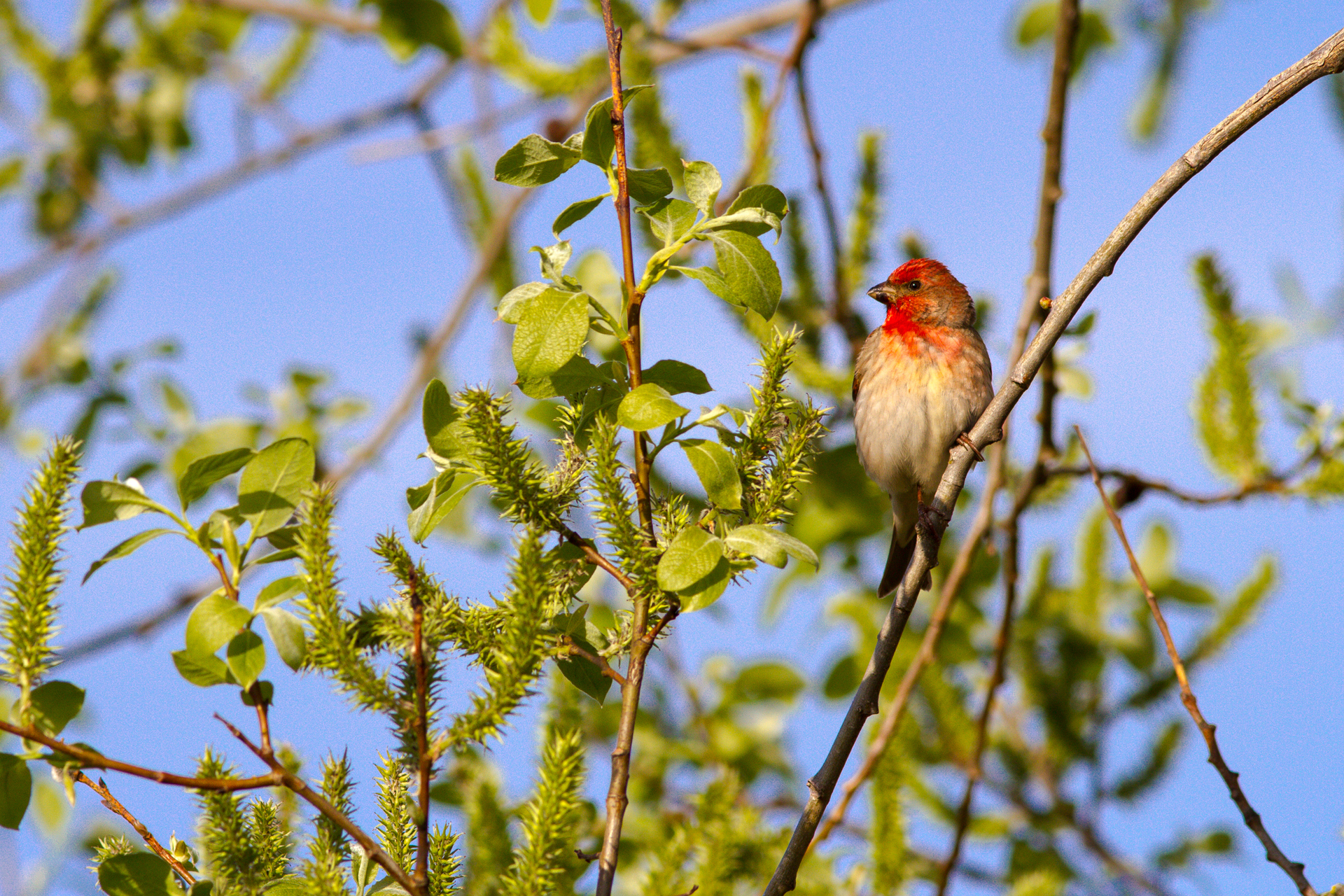 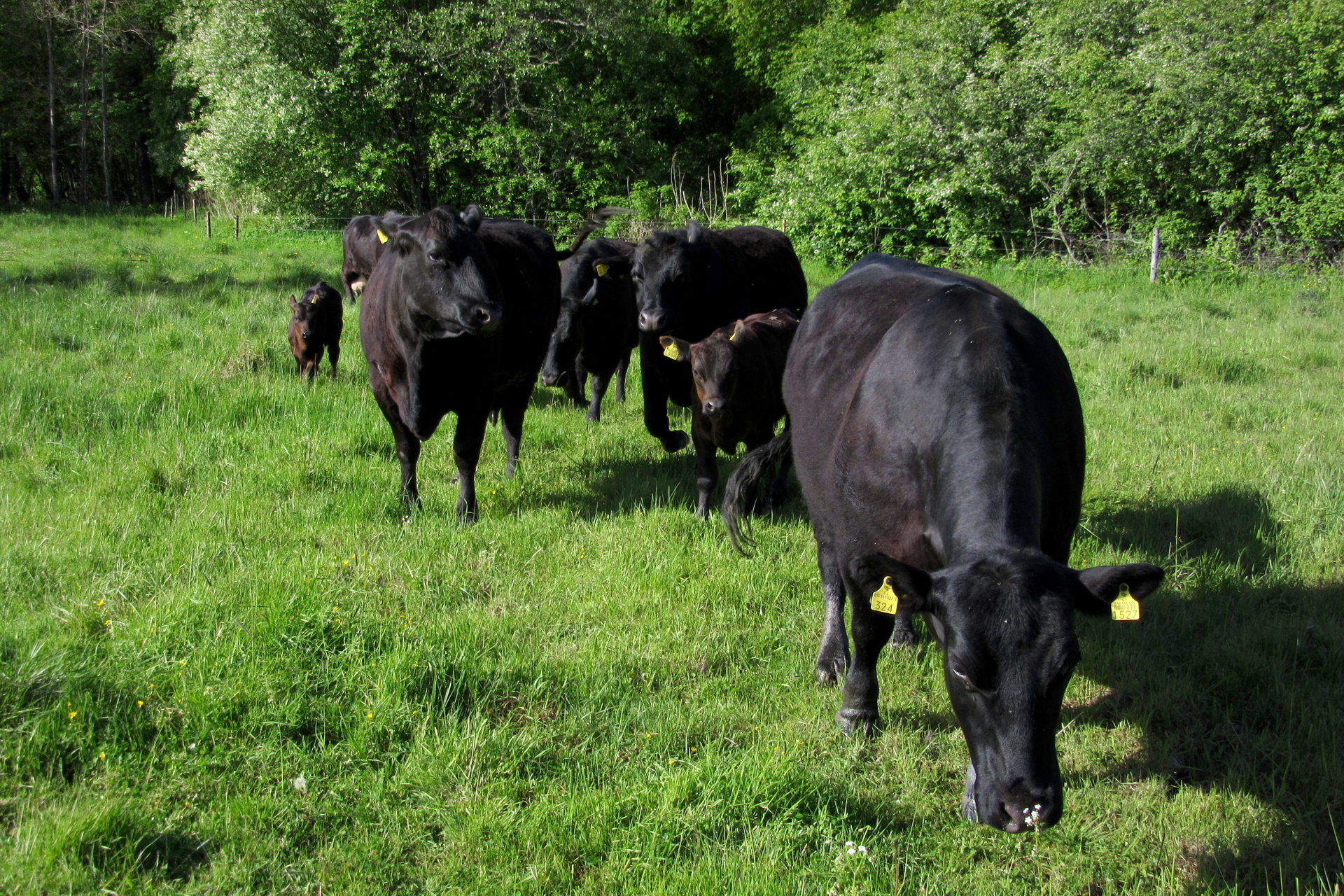 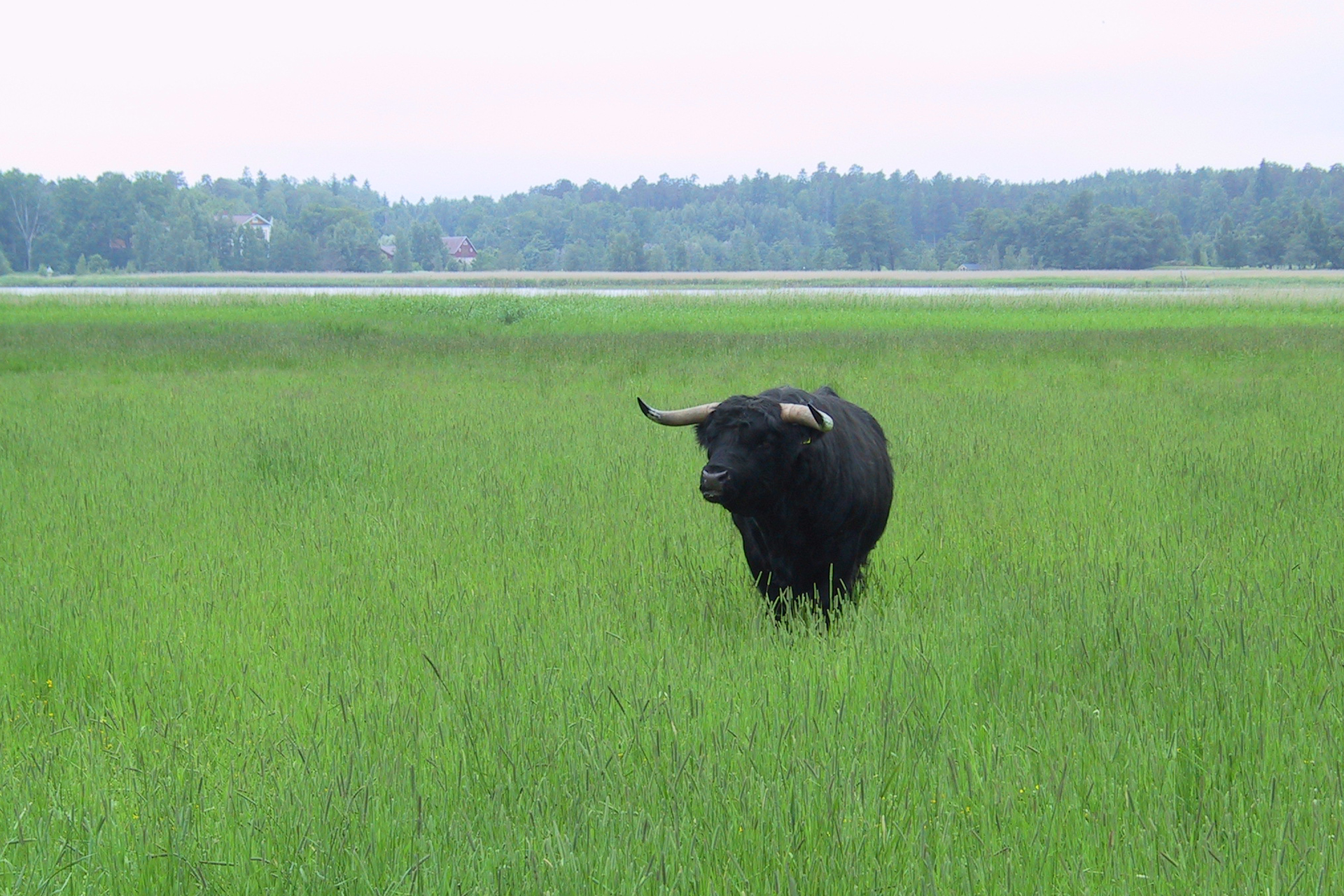