In the middle ages, there were not yet any permanent settlements on Ruissalo, but the island functioned as a shared pasture and a base for fishing. At around the same time in the 13th century, Ruissalo was taken over by Turku Castle. The island remained a pasture until the mid-16th century when it became the hunting reserve of the Duke of Finland and a royal estate, the crops of which fed the people of Turku Castle.

In the next century, the Ruissalo estate was handed over to function as the official residence of the Governor General and later the Provincial Governor, the latter of which held it until 1844. To house the workforce of the estate, a total of 15 sharecropper farms were established on the island.

At the end of 1845, Ruissalo was handed over to the City of Turku ‘in perpetuity’ by the approval of the Emperor of Russia. The next year, the island was cut into plots for summer villas for the city’s bourgeoisie, but farming still continued on the island. Gradually in the early 20th century, Ruissalo began to transform more and more into a recreational area for all the city’s residents, even though the island remained very rural until the 1950s with its cattle and vast fields.

The map shows how vast the farmlands on the island still were in the 1890s. / Photo: Turku Museum Centre

The new plot division of the island of Ruissalo (1917) / Photo: Turku Museum Centre 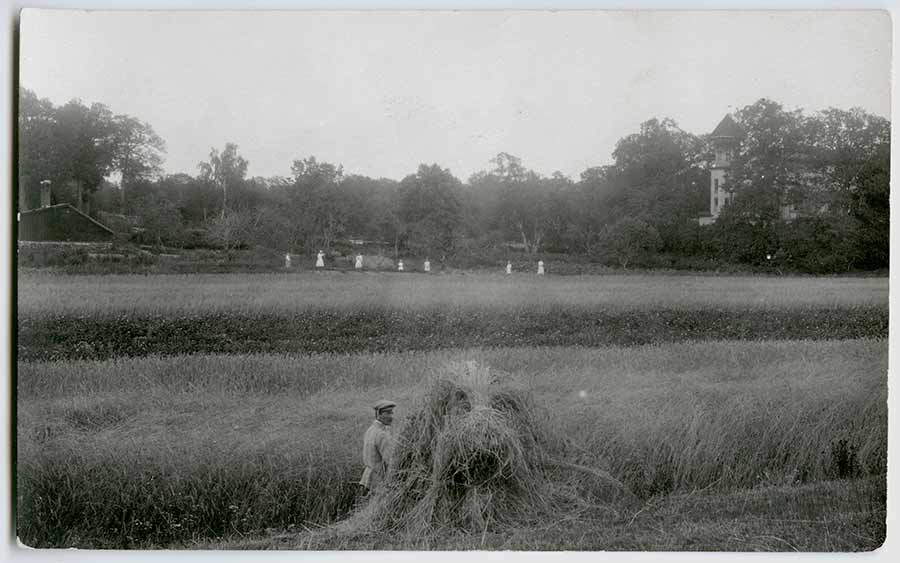