The cooling autumn eventually drains the sea of warmth as well

The shortening and cooling of the days is also felt under the surface, even though Airisto takes a much longer time to freeze over than small lakes. The surface waters cool down first, which the swimmers of Saaronniemi are quick to notice. The decreasing sunlight slows down plant photosynthesis, causing some planktonic algae to die, which often results in the waters becoming clearer as autumn progresses. The cooling water also causes many fish species to become more active and rise closer to the surface and the shores.

As autumn progresses, the winds grow stronger, with southerly and south-westerly winds forming impressive waves on the over 20 kilometre stretch of open sea in Airisto. They mix water masses especially near the shore, and by the end of October, the temperature of the entire water column falls below 10 degrees Celsius. 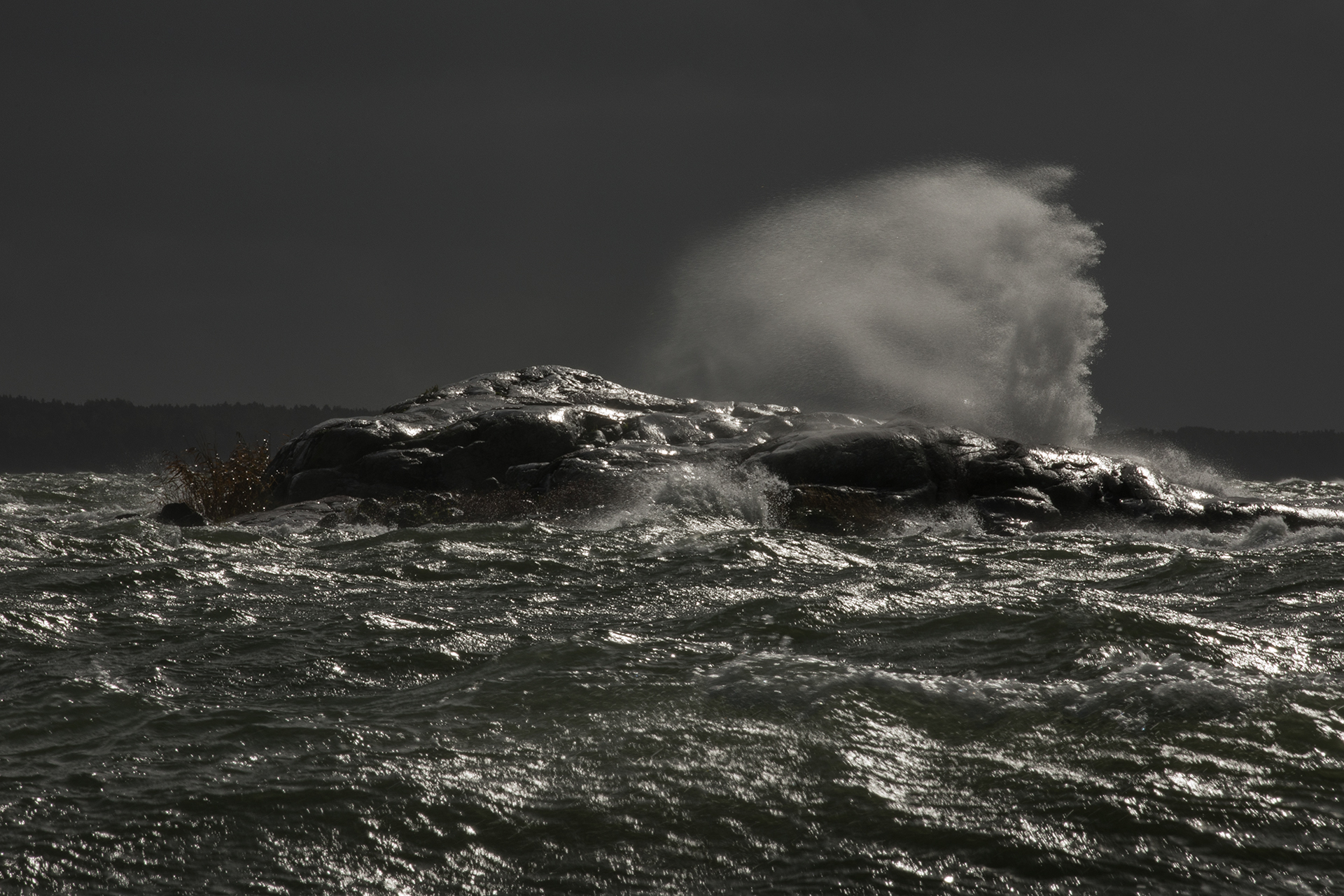 The autumn mixes the water layers formed in the summer